Who Was St. Elizabeth?

The following is a brief summary of the person of St. Elizabeth of Hungary, as given by Pope Benedict XVI at his general audience in St. Peter’s Square on October 20, 2010 (the Pope’s extended account of her life and works may be read here):

“In our catechesis today I wish to speak about Saint Elizabeth of Hungary, also known as Saint Elizabeth of Thuringia. She was born in the early thirteenth century. Her father was the King of Hungary, and Elizabeth was known from an early age for her fidelity to prayer and her attention to the poor. Though she was married to Ludwig, a nobleman, for political reasons, she and her husband developed a sincere love for each other, one deepened by faith and the desire to do the Lord’s will.

“In her married life, Elizabeth did not compromise her faith in spite of the requirements of life at court. She preferred to feed the poor than to dine at banquets, and to clothe the naked than to dress in costly garments. Because of their deep faith in God, Elizabeth and Ludwig supported each other in their religious duties. After his early death, she dedicated herself to the service of the poor, always performing the humblest and most difficult works. She founded a religious community, and lived her vows until her death at an early age. She was canonized four years later, and is a patroness of the Third Order of Saint Francis. May her dedication to the poor and needy inspire in us the same love for Christ in our neighbor.” (www.zenit.org) 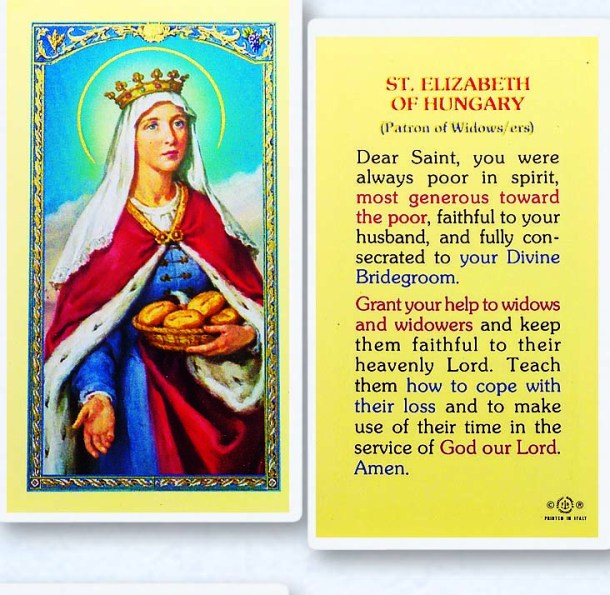 Welcome to Our Church